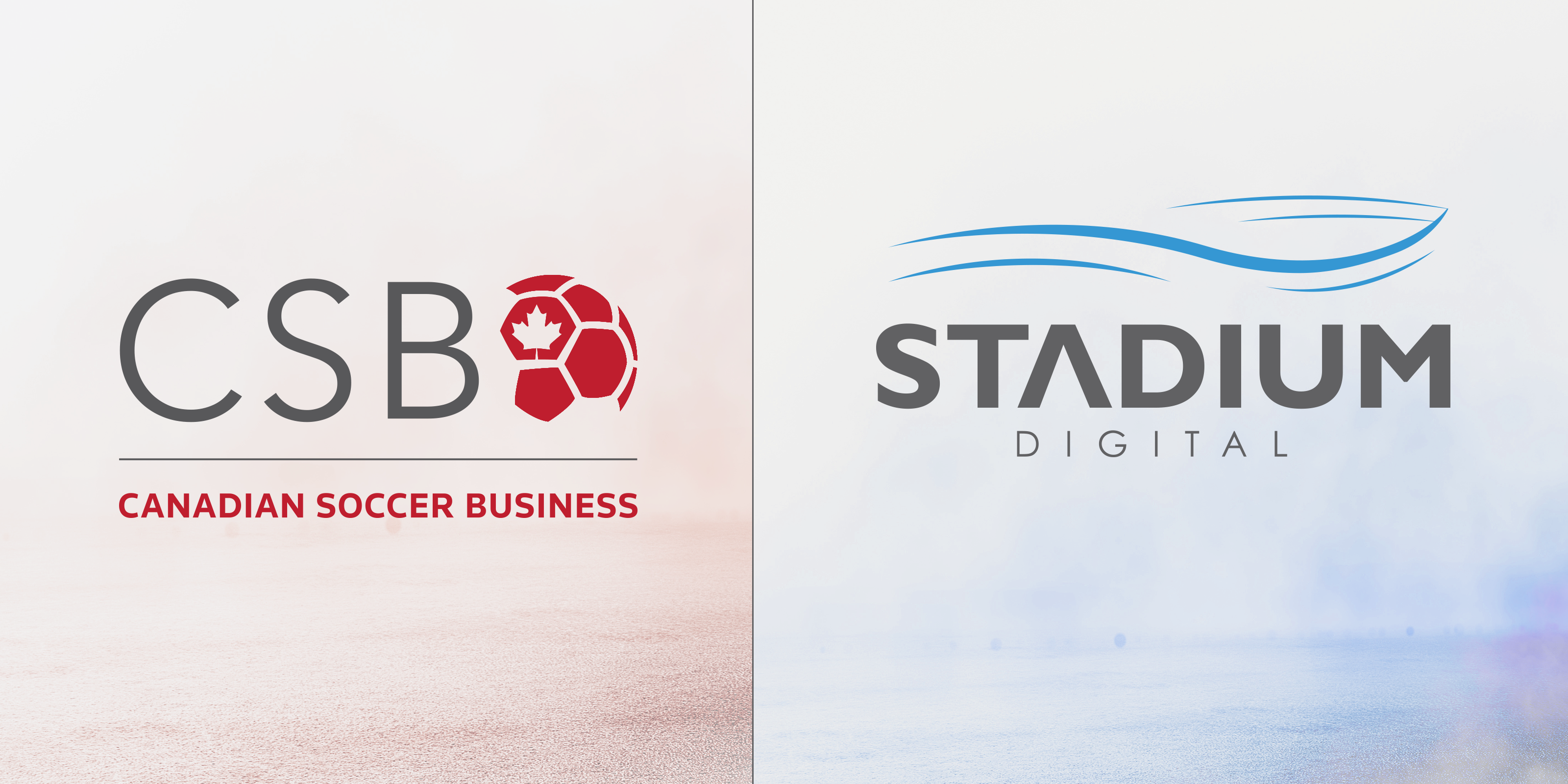 The Stadium Digital team will now deliver all fan-facing digital technology and content for the Canadian Premier League including all league, club, mobile and venue platforms. The group will also be responsible for delivering CSB’s distribution strategy of live content.

“Our launch of the Canadian Premier League is timed perfectly with the maturity of mobile technology as fans’ preference for interacting with leagues and clubs,” said David Clanachan, Commissioner, Canadian Premier League, and Chairman of Canadian Soccer Business. “By acquiring Stadium Digital we now have the intellectual property and experience to deliver on our mobile-first mandate, while taking advantage of the rapidly changing landscape of live content delivery and consumption patterns of the sports audience”

Stadium Digital launched in 2014 with a mission to bring world-class fan engagement platforms to Canada’s top sports properties. The company has successful long-term partnerships with more than 80 of Canada’s top professional leagues, teams and national federations. The company is widely acclaimed for its award-winning All Access and ShowDown loyalty and engagement programs along with delivering national web networks for national and provincial associations.

The entirety of Stadium Digital’s team will join CSB, including President Mark Silver, who will now also become Chief Digital Officer of CSB

Silver is amongst the most recognized digital executives in Canada, having previously led digital for Bell Media’s TSN and for Canada’s Olympic Broadcast Media Consortium during the London 2012 Olympic Summer Games. He also oversaw operations for the ground-breaking and award-winning digital coverage during the Vancouver 2010 Olympic Winter Games. In 2013, Silver was named “5 to Watch” in Canadian Sports Business by George Brown College. Silver regularly presents at industry panels on digital integration in sports.

About Canadian Soccer Business
Canadian Soccer Business (CSB) represents a suite of top-tier national assets that comprise the backbone of soccer in Canada. This includes representation for all corporate partnerships and broadcast rights related to Canada Soccer’s core assets including its national teams, along with all rights associated with the CPL – Canada’s professional men’s soccer league set to debut coast-to-coast in 2019.

About Stadium Digital
Stadium Digital specializes in the creation and management of content and technology to deliver products in the areas of sponsorship, fan engagement, ticketing and e-commerce. The company supports sports properties and their partners realize the full potential of their brand and content rights.